Looking for one of the best wine bars in London? 1857 The Bar offers you some of the oldest & most legendary wines by the glass along with the widest selection of Port wine in any London bar, including limited, rare, and unusual wines, aged tawnies, single quintas, and vintage ports.

One of these rare finds is the oldest wine in the UK to be sold by the glass, the Graham’s 1882 Ne Oublie port that dates back to the arrival of Andrew Symington in Portugal that year. This port is named after the family’s original motto and is bottled in a hand-made crystal decanter within a Smythson leather presentation box.

Catering to both port lovers and newcomers to the drink, there are port cocktails to discover. For example, our Port Sour prepared with Graham’s Blend Series No. 5 specifically intended for the bar scene and mixed with egg white and lemon; and the Queen of the Night which is a combination of Graham’s Tawny 10-year-old port, Blandy’s 10-year-old Verdelho, Seignette Cognac VS, and Crème de Rose.

1857 The Bar is the perfect place to drink, dine, socialise and truly immerse yourself in a casual dining and wine experience, surrounded by a chic and relaxed atmosphere.

The popularity of port in the UK originates from 17th Century trade wars between the English and the French. For a time, imports of French wines into England were prohibited, which drove English wine merchants to Portugal, a country with whom the English had always shared good relations, since the Treaty of Windsor in 1386 (a political, military, commercial, and oldest alliance between the two countries).

Over the past 400 years St James’s has been established as the spiritual home of port in the UK and 1857 The Bar continues this tradition in a contemporary manor fit for the 21st Century.

The Symington family has released 656 bottles of a Port that dates back to the arrival of their great-grandfather Andrew James Symington in Portugal in 1882.

The family have named this wine 'Ne Oublie' after the original Graham's family motto and for the company where Andrew Symington started his life's work. The name reflects the respect with which the family regard their great-grandparents' joint decision to commit themselves and their descendants to Portugal, to the Douro and to Port.

Now 130 years later his direct descendants have bottled one of the remaining three barrels. The other two barrels have been entrusted to the next generation of the family and it is they who will decide their future.

Also discover our collection of rare and limited edition whiskys! Our whisky collectables are served by the glass so you may explore new flavours and find new favourites among our selection which includes bottles from Pappy Van Winkle, George T. Stagg, Sazerac Rye 18 Year-Old, William Larue Weller and Springbank, just to name a few. 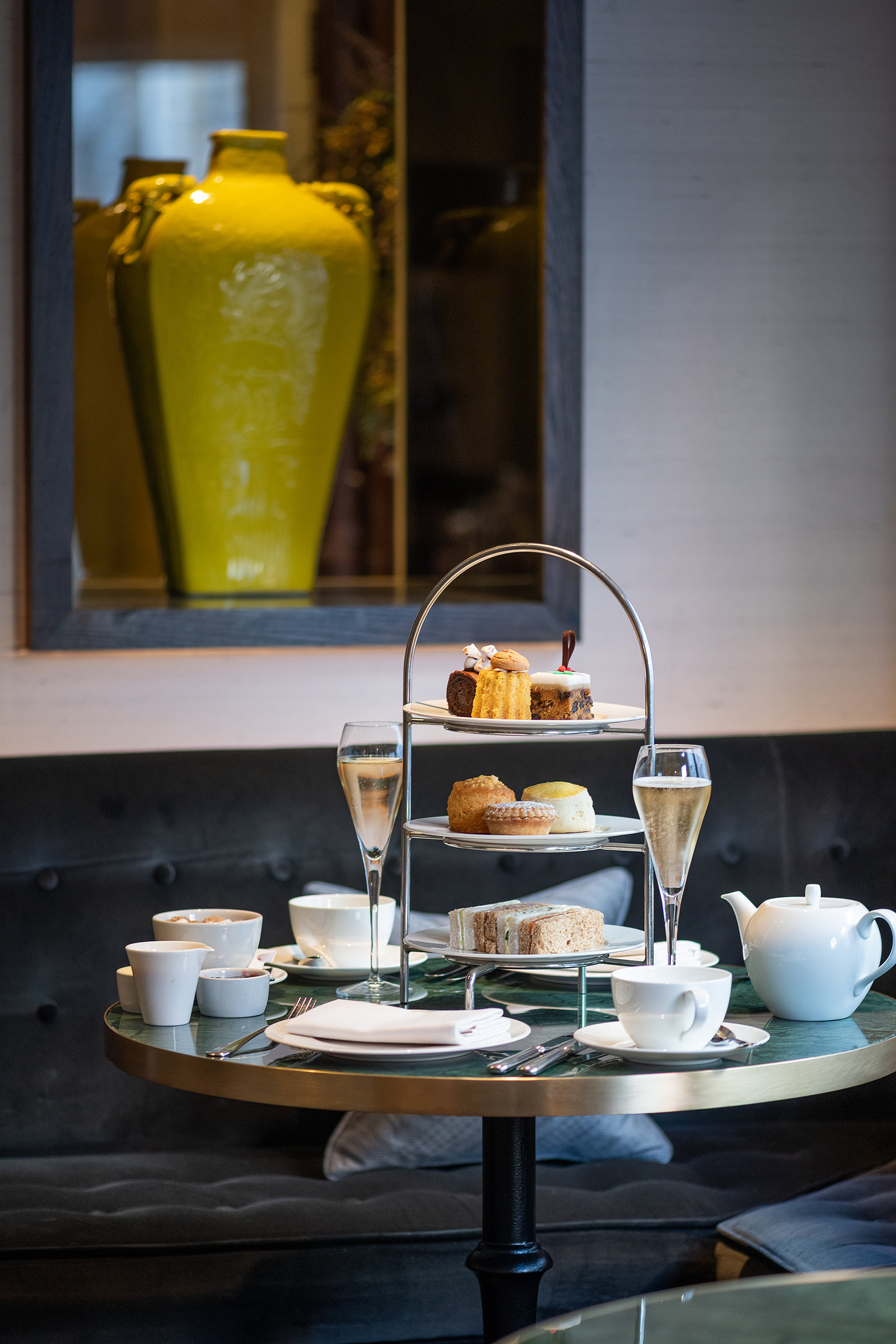 In partnership with Symington Family Estates

The Symingtons of Scottish, English and Portuguese descent have been Port producers in northern Portugal since 1882. For 5 generations they have combined their passion for producing fine wines and Ports with a deep commitment to the region’s land and people. Today, ten Symingtons work across their four historic Port houses: Symington Family Estates is a leading premium Port producer and the family are the leading vineyard owners in the Douro, with 26 Quintas covering 2,462 hectares, with 1,114 ha of vineyard.

All day dining menu is served daily from 12pm to 10pm.

3D Tour of 1857 The Bar
View now
Sign up for offers and news
Our Newsletter:
Signup now